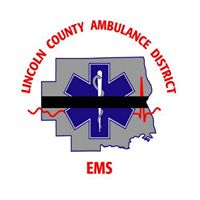 Lincoln County Ambulance District was formed on February 20th, 1974 and was operated by local funeral homes as a BLS (basic life support) district. The district grew to 9 full time employees and 3 part time employees manning two ambulances throughout  the 1970’s.

As of 2015 the District employs 33 Full-time Paramedics/EMT’s that staff 5, 911 ambulances in 4 bases which includes one Supervisor per shift. The District also has a Chief Administrator, Deputy Chief of Operations, a Chief Medical Officer, an Office and Benefits Administrator and an Administrative Secretary.

We  cover approximately 630 square miles.  We average 6,500 calls per year. Due to long transport times each call averages 1.5 hours, although It is not unheard of for calls to last over 3 hours.