Route:  The route will be East on West College to Main, South on Main to Monroe, East on Monroe to Troy City Park.  A map will appear in the Lincoln County Journal and on http://www.troyonthemove.com and http://www.lincolncountyfair.net by July 1st.

Entry Details:  Judged floats will be those who return completed attached entry form by July 6th. General entries DO NOT need to complete an entry form and will NOT be judged.  General entries must arrive by 4pm for line-up. Semis and Political entries must arrive by 3pm on the day of the parade and must notify Megan at 314-540-0088 that you will be participating. Walkers can join you closer to start time but the vehicle needs to be present by 3pm.

All vehicles that will go through parade route MUST enter for line-up Through the Clonts Field entrance off Hwy. 47.  Drop-Off Vehicles and Parking will need to be found elsewhere. 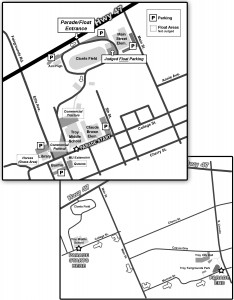